For several years the work of Japanese artist caused jubilation among users of social networks. We are talking about the wonderful miniature dioramas. Details affect accuracy of performance, despite the fact that they are reduced 35 times as compared with their traditional counterparts.

A talented artist from Tokyo Satoshi Araki is developing a miniature dioramas, often reflecting the city streets in decline. The author manages to accurately transmit depressive ‘mood’ of their subjects. 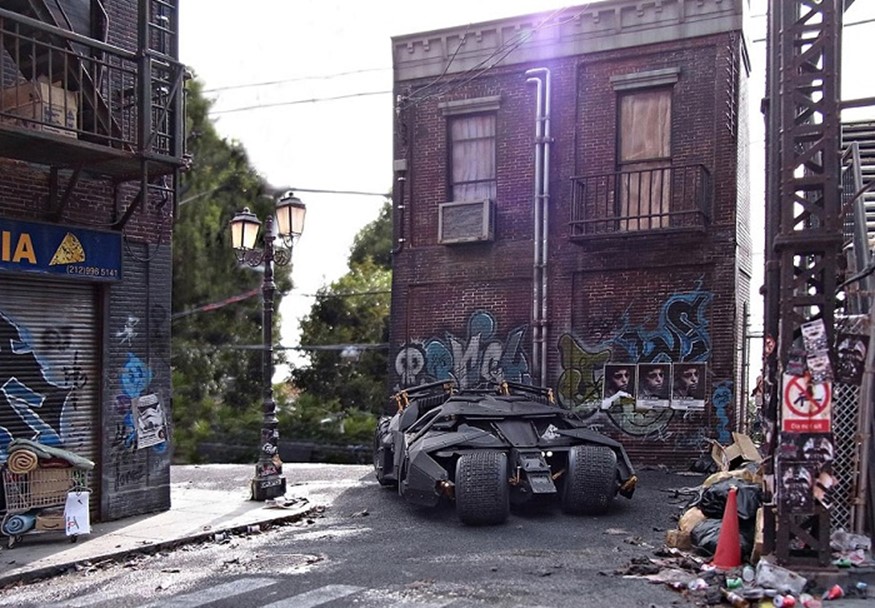 One of the last works of Satoshi Araki was recreating Batmobile placed in a smaller copy of the streets of Gotham City from the famous comic strip. In this diorama to the smallest detail can be considered garbage scattered on the roadside, power lines, graffiti on the walls. The model is reduced 35 times. 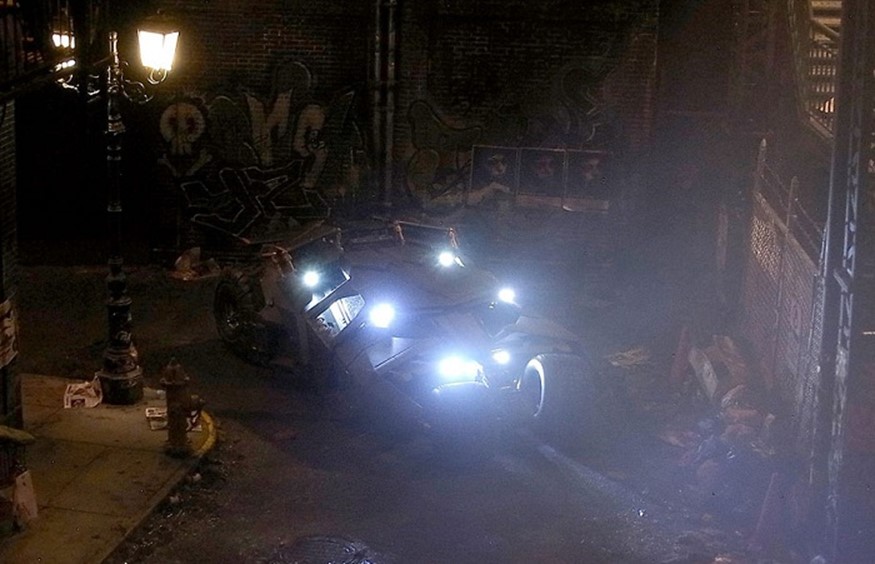 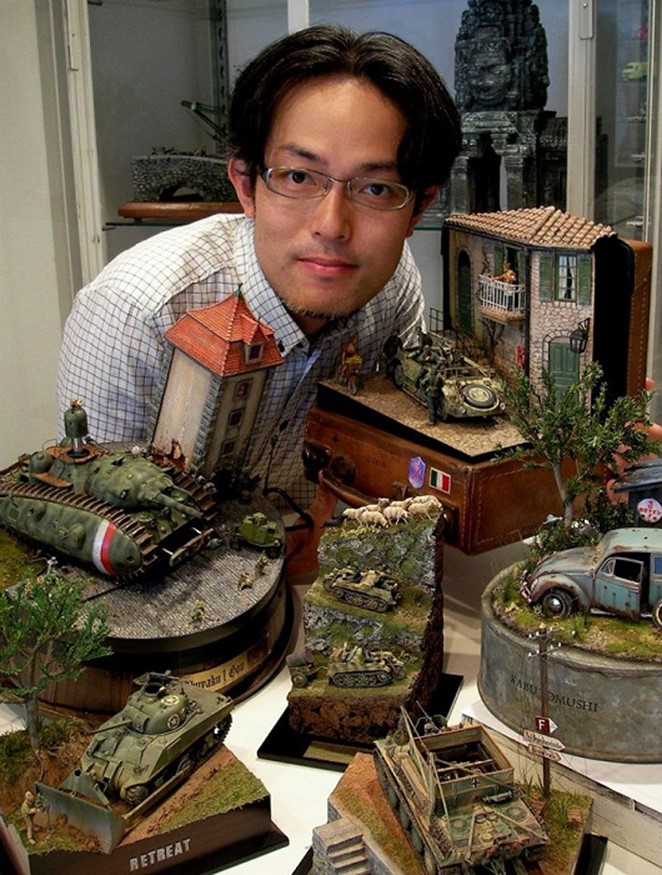 Usually in his work, the artist uses polystyrene foam, from which he cut the desired shapes. Satoshi then skillfully paints them, and then glues. It is often seen in the frame finger painter. Thus you can clearly see the true size of dioramas. 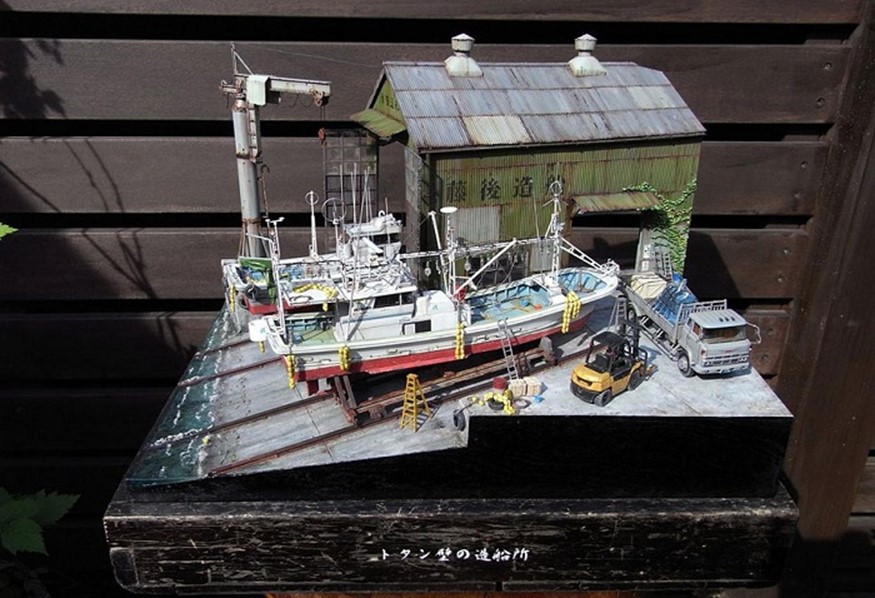